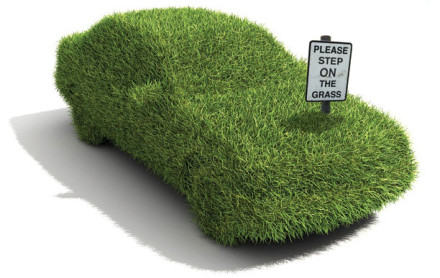 The Daily Telegraph suggests that people on average change their car every four years.  On this basis around 500,000 people in Ireland will make a replacement car decision this year.  Many factors influence the choice of car; reliability, depreciation, performance and running costs to name a few.  However, if environmental responsibility is to be a factor, what are the issues and the choices.  This blog will discuss this in more detail with the focus on those who need to drive for business.

Diesel is the choice of many due to the greater economy and (artificially) cheaper fuel. Whilst CO2 emissions are lower than equivalent sized petrol cars (due to the greater economy) the real issues are the NOx emissions and their adverse and immediate impact on human health (as opposed to the much longer term effect of CO2 emissions). This impact includes premature death and increased risks of asthma.  If this one factor does not deter buyers from choosing diesel, then buyers should consider the impact on depreciation (i.e. residual values) of future government actions.

Many cities throughout Europe are considering bans on diesel engine cars in the near future, Paris and London being the front runners. In addition, scrappage schemes are being considered in the UK for diesel cars. Further, the bizarre imposition of lower fuel duty on diesel than for petrol is being increasingly challenged.  Such actions will adversely affect the desirability of diesel cars and reinforce the perception that diesel is dirty. Many experts including the AA in the UK http://home.bt.com/lifestyle/motoring/motoring-news/end-of-the-road-for-diesel-cars-owners-face-additional-charges-and-big-depreciation-11363978817654) predict that this will significantly reduce residual values.

Having dismissed diesel as dirty and a poor investment due to predicted significant falls in residual values, this leaves petrol, hybrid and electric.

Pure electric cars, such as the Nissan Leaf, are zero emissions at the point of use. Of course there are CO2 emissions but these are the responsibility of the generators. There is no doubt that electricity generation is becoming greener with increased use of non-fossil fuels so these vehicles are a possibility.

The main disadvantage with electric vehicles is the limited range. Renault have recently announced the new Zoe which has a much higher range than the previous model.  The new car has a real world range of 299 km (180 miles) in summer and 199 km (120 miles) winter (https://www.renault.ie/vehicles/new-vehicles/zoe.html ). This is more than the Nissan Leaf or BMW i3 but is it enough?

As you would not want to arrive at the destination with no charge left in the battery (just as you wouldn’t want to arrive with no fuel in the tank) perhaps we should allow a spare 20 km or so to allow for unexpected traffic diversions.  This gives a useful range of 180 km in winter.
Analysis of my business travel shows that 46% of my business journeys are greater than the 180 km useful range of Renault Zoe.  These journeys account for 86% of my total mileage.  I suspect that this is typical of many business drivers in the sales or consultancy field. Thus a top up charge will be required at some part of the journey, ideally at the destination.  Sadly, there are no electric charge points in the visitors’ carpark spaces at business premises that I have ever visited in Ireland or the UK.  In addition, 35% of my journeys were greater than 360 km (and this is 73% of the total mileage) and thus a full charge would be required at the destination for me to make the return journey.  These longer journeys usually require an overnight stop so charging points in hotels would be required.  Using http://www.chargehotels.com shows there is only one hotel in Ireland with an electric car charge point so that is obviously not an option.

Unless we can be sure of a charge point at the destination (client site or hotel), then an electric car is not an option for the serious business user.  This leaves petrol or hybrid as the only sensible options left to consider.

The obvious advantage of hybrid is that the braking energy is used to charge the battery which then assists the engine when accelerating.  Thus the benefits are more likely to be found in city driving rather than free moving motorways.  As 73% of my mileage consists of journeys of greater than 360 km, obviously this is not mainly city driving.  The Toyota website gives a 90.8 mpg for the Prius hybrid on the combined cycle.  The review on www.carzone.ie gives 70 mpg on a mixture of motorway and city driving which is probably more representative of business driving.

Petrol engine technology has improved greatly in recent years. An example of this is the Ford EcoBoost engine.  This is a three cylinder one litre engine with a turbo charger and is available in the Ford Focus and Ford Mondeo.  The fuel consumption on the combined cycle is 60.1 mpg (www.Ford.ie ).  On a recent business trip in Wales I got nearly 50 mpg on a hire car which was a mixture of motorway and urban driving the car was a pleasure to drive and I had not realised it was one litre until I returned the car).  This is a respectable level of fuel efficiency but is clearly not nearly as good as a hybrid.

In summary, for environmentally responsible business use a hybrid car is the clear winner.  The fuel economy is better than a diesel or petrol engine car and thus the CO2 emissions will be correspondingly less.  In addition, the NOx emissions of a hybrid will be significantly less than diesel and that will of course be a concern to the environmentally responsible driver.

Some might say that I have ignored public transport as an option.  Whilst this is probably the most environmentally sustainable option, unless one is travelling city centre to city in Ireland it is unlikely to be practical.  The fact that there is no rail connection to the country’s main airport speaks volumes. As a side note, I often use the train in the UK as mainy of the regional airports I fly into have a rail connection.