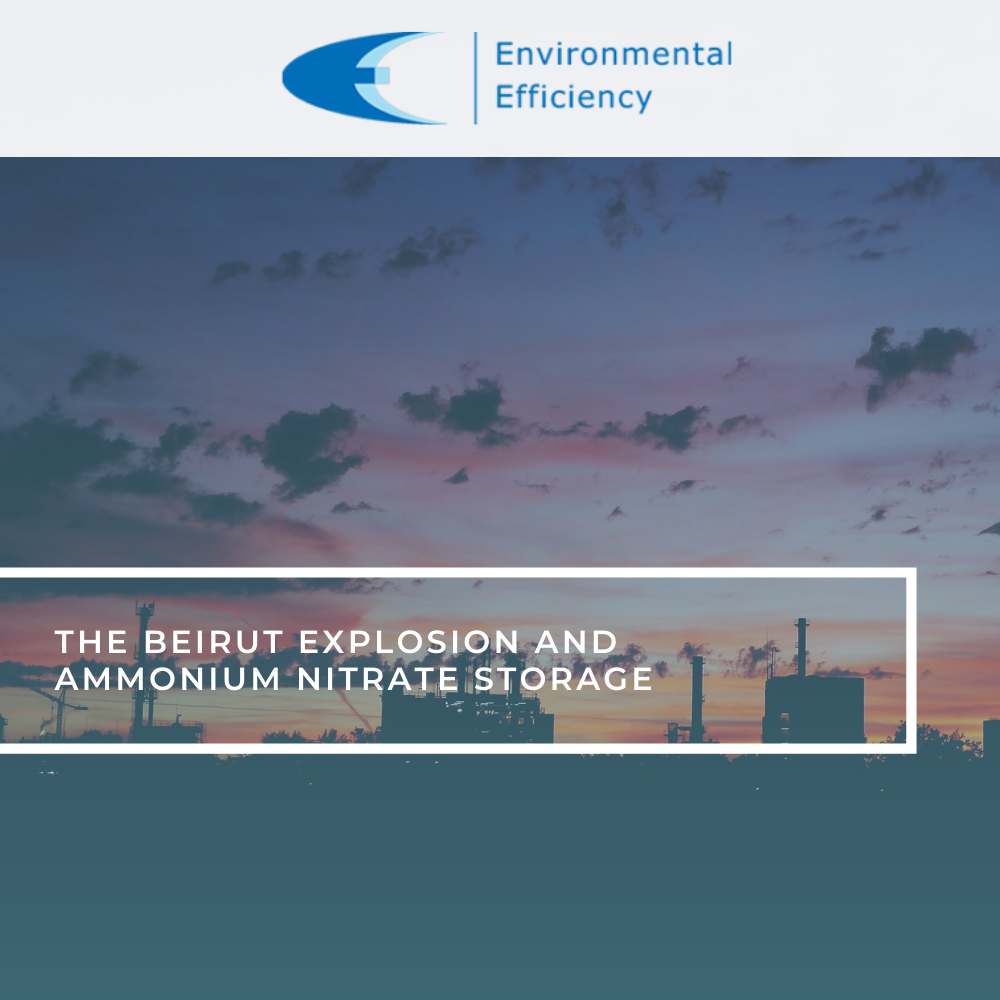 Unfortunate events in Beirut on the 4th of August 2020 shone a light once again on the extreme dangers of Ammonium nitrate storage. This incident is the fourteenth known industrial Ammonium nitrate disaster since the deadly fertiliser factory explosion in Toulouse, France in 2001. That explosion occurred in a warehouse where the off-specification granular Ammonium nitrate was stored flat, separated by partitions. About 200–300 tons were said to be involved in the explosion, resulting in 31 people dead and 2,442 injured, 34 of them seriously. The blast wave shattered windows up to 3 km away, and the resulting crater was 10 m deep and 50 m wide. The exact cause remains unknown. The material damage was estimated at 2.3 billion euros.

However, the most severe loss of life from an industrial Ammonium nitrate explosion was the 2015 Tianjin explosions in China. Nitrocellulose stored at a hazardous goods warehouse spontaneously combusted after becoming overly hot and dry, resulting in a fire that 40 minutes later triggered the detonation of about 800 tonnes of ammonium nitrate stored nearby. 110 emergency personnel and 55 residents and employees were killed. Seven hundred ninety-eight people were injured. There was extensive damage to structures and goods at the port, damage to surrounding apartment blocks, and severe damage to a railway station.

It looks as if the Beirut explosion may surpass that tragic figure. It is estimated 2,750 tonnes of ammonium nitrate exploded after a fire broke out.

Ammonium nitrate is frequently added to increase a fertiliser’s nitrogen content. It’s relatively stable under most conditions and is inexpensive to manufacture, making the chemical a popular alternative to other, more expensive nitrogen sources.

Ammonium nitrate is subject to strict regulation in Europe:

For many other regions, lobbies argue that self-regulation is adequate when combined with current federal and state guidelines, to prevent future disasters like Beirut. However, there appears to be a common failure across the world to adequately restrict the storage of large amounts of ammonium nitrate near schools, nursing homes, hospitals and homes. Perhaps it is time to revisit how and where Ammonium Nitrate is stored.