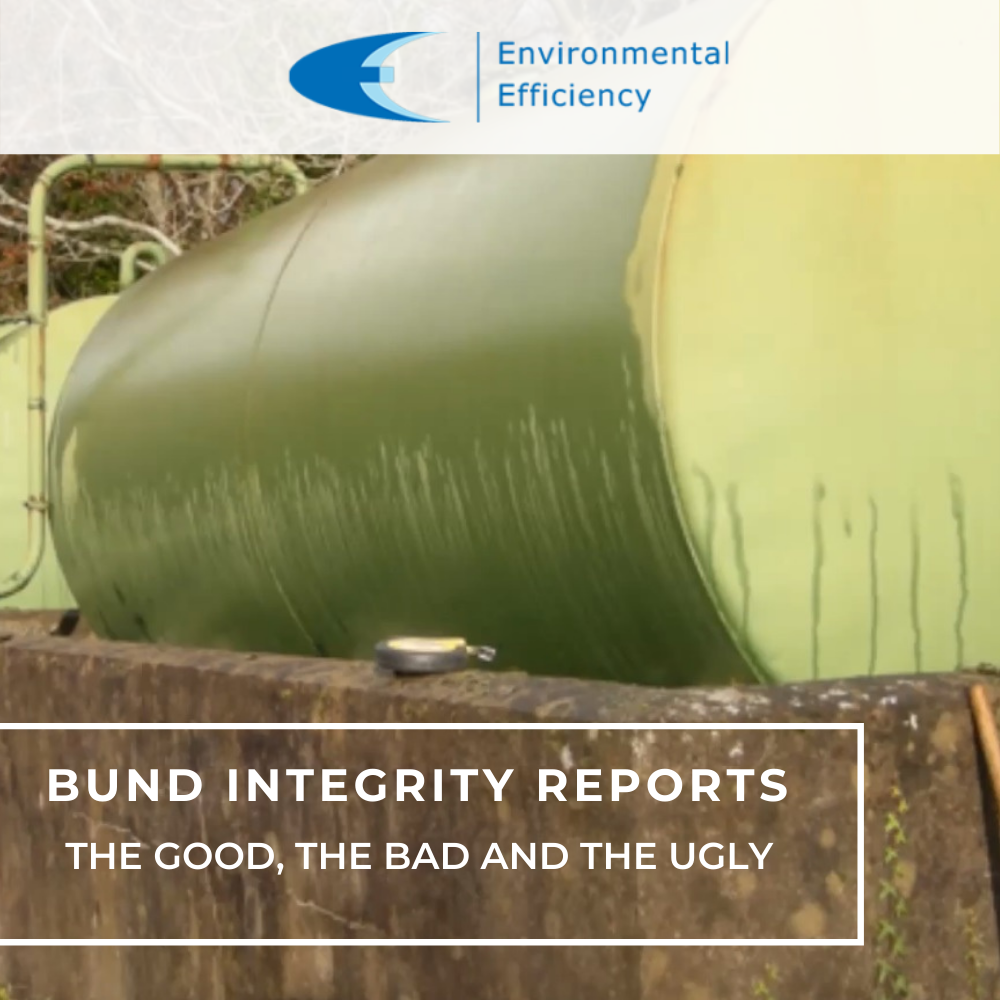 If the bund report is for facilities licenced by a regulator, then the report must conform to their requirements.  In Ireland, bund integrity assessment reports are not routinely submitted to the regulator but have to be made available during a site inspection.  If the bund test method or report does not meet the regulator’ expectations that may expose the site to sanctions and the possibility that the assessment may need to be repeated.

How do you avoid this pitfall?  A competent contractor should be able to describe in detail the proposed test method for each bund prior to the issue of a Purchase Order.  For bunds that are to be hydrostatically tested (the default method in Ireland), this would include the water fill level, the stabilisation period and the test duration. In Ireland, both a visual inspection and a hydrostatic test may be necessary (or even just a visual inspection), for example, for bunds with low lying electrical equipment or there is a danger of tank floatation.

For bunds that are to be visually inspected (the default in the UK), the qualifications of the assessor should be stated.  The scope of the inspection should also be established.  Is it just a visual inspection for defects or will non-destructive testing techniques also be used? For example, the use of cover meters to detect the presence of rebars and their size and positioning.

In assessing the competence of potential contractors, sample reports should be asked for.  The format of the reports should be reviewed against the regulator’s requirements.  In Ireland, the EPA requires a standard form to be completed.  Whilst the contractor may have used the specified form, not all details may have been filled in.

The qualifications and experience of staff who are going to carry the work should also be asked for.  This is especially true for visual inspections where the use of a Chartered Engineer is essential.

There are several common failings with bund reports. These include:

Environmental Efficiency has over 20 years’ experience in bund integrity testing throughout Ireland and the UK.  The author, Bob Sutcliffe, a Chartered Engineer, may be contacted on bobsut@enviro-consult.com.

Call Now Button
We use cookies to ensure that we give you the best experience on our website. If you continue to use this site we will assume that you are happy with it.OkRead more